Denial of Death is a musical act of resistance made in Nuremberg, Germany.

Originated amidst the pandemic as a one-man band, the black\death\doom metal project was started in 2021 by Glauber Haereticus, a Brazilian living in Germany. The first experiment was the EP “Unholy Trinity”, released some months later. In the same year, still as a one-man band, Denial of Death also released the singles “The eternal rest” and “Wisdom and sorrow”, songs at a much slower pace, using acoustic guitars and choirs to express the melancholy which is also part of the band’s DNA. The project started the transition into a full band with the arrival of Petros (drums), Susie (lead guitar), and Julio (rhythm guitar). The name of the band is a reference to the book “Denial of Death”, by Ernest Becker, which is a philosophical and psychoanalytical investigation on how human beings deal with death.

The debut EP “Unholy Trinity” was recorded in Nuremberg and mixed\mastered by Michael Kraxenberger at Sick of Sound Studios in Munich, Germany. As to “A failed exorcism”, the first full album, Haereticus was responsible for the whole production.

Listen to Denial of Death 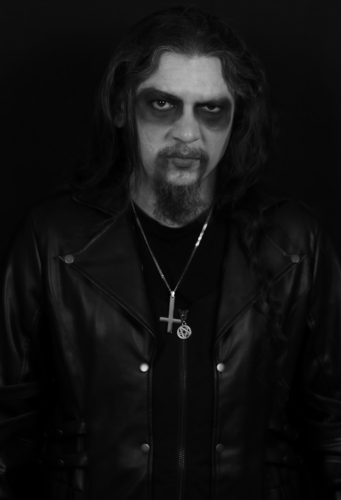